Well, I did it. I joined the Cameron Park Farmers Market in La Crosse, WI.

Everything started out well. My eldest son helped me get everything down there and set up. I found the proper person and checked in. All was good. And then the customers came. And came. And came. Holy cow! This is great!

And then… everything started to melt. Almost everything I brought was chocolate coated. I was in full sun, and the temperature ended up being 79 degrees instead of the forecasted 65. My brilliant son said “No problem, we’ll rotate things in and out of the cooler and we’ll put the ice packs under the items on the table”. That worked… for about half an hour. <sigh>. So we moved everything to the cooler and put out my photo albums. But that didn’t seem to be drawing people in, so at 6:30 we decided to pack up and head home.

I will not be defeated though! I found a tent to borrow ans came up with the brilliant idea to make fake items to display, that won’t melt! Which means I got to go SHOPPING! I can home with bags of Plaster of Paris, paint, Mod Podge, styrofoam balls & Super Glue. Let the crafting begin!

Come see me this weekend at the Cameron Park Farmers Market, 8am – 1pm. 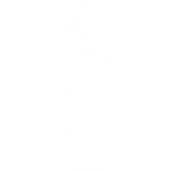